A text accompanying Appendix Songs, an exhibition touching on friendly abjection and sensing at a distance, with works by Mónica Mays, Susan Ploetz, Jean-Francois Peschot and Tom K Kemp. The exhibition took place between 10-25 april 2021 at Punt WG in Amsterdam, I've written the text from a distance while staying at Kunsthal Gent.

"There's a hypothesis that the appendixes of Homo habilis and our earlier ancestors could emit and receive radiation, allowing for a form of remote feeling over long distances, something that became vestigial as the voice gained primacy. If a telephone 'speaks with its ears and hears with its mouth', as the riddle suggests, the appendix was able to talk without either orifice, transmitting and receiving directly through the skin's pores. Stress can cause acid reflux to abrade and mute the vocal cords, and as the throat quietens, the appendix sings along to other voices."

To Stroke a Tail Three Times

I'm in a place whose function I do not understand. Awaiting.

When you change scenery, ease off in the train for a moment - half scrolling, half gazing out of the window - it suddenly hits you. Tiredness can be so sneaky sometimes, how it manages to maneuver itself out as soon as you leave the door ajar. The short journey, that ended with a rattling sound of the suitcase rolling over the cobblestones, was followed by a welcoming meal and a giddy tour through the monastery by night. After a night of deep sleep, resting on a cushion that felt too fluffy, I just woke up with a familiar neck ache.

You could do a lot here, and there is so much doing, why does it never stop, the questions people ask, and me processing all that information. My phone is on silent, still I can't help to notice the administration is calling to check if I did the test. Maybe if I sit still, pretending not to be here, they won't call me anymore. Now that the temperatures are finally rising, it could be the right moment for an ice cream, boating through the canal or a stroll in the park. But I've decided to go to a place whose function is still a mystery to me. And stay there. Waiting it out.

I'll tell you what I see. I see a narrow, elongated inner garden. The walls of the fourteenth-century monastery surround me completely, some of their windows still have leaded glass, others are bricked up. A horizontal line of silver stubble aims to keep the pigeons away. But I can spot them, high above, their heads occasionally lurking over the gutter. And I hear them too, when they fly across. Try to imagine a silence where the only sound is the flapping of their wings.

I see bales of hay in a rectangular shape and black flies swarming around them. I look over a lawn with pebbles, low bushes and some trees. I spot two lions. They are stepping forward in parallel, their heads with full manes stately raised, their muscles tensed for eternity. They walk but don't move. I stand up and approach them hesitantly, my posture feels clumsy compared to their elegant determination. It's unclear where they are going, the lion on the left heads straight into the bushes. From each of their mouths dangles a Gucci handbag. The brown bag feels bulky, its zipper is slightly open, so I kneel down and peak inside to find a microcosm of leaves caked together, twigs, slime. Heavy stuff. To rise again I grab the lion's tail with one hand, it's cool and strong.

I'm in a place whose function I do not understand. Awaiting just as long as is needed. I see the hay bales, the foliage, the lions, I hear the flapping of the wings and there is light. In the middle of the garden shines a modern lamppost all day and night. In this medieval courtyard, a hidden pocket detached from present time, it appears to be a promising antenna. I'm trying to send a message to where you are now. I've been searching for a tool to send a signal. The lamppost is right in front of me and looks useful. But no; sometimes something is not what it seems. And sometimes something that seems nothing is something. Or something else. And now I think; it's the lion's tail where I have to focus on. I can grab it, and if I stroke it three times, will you get my message?

A few years ago I met sound artist and composer Aurélie Nyirabikali Lierman. We spoke in a public setting about her expansive collection of field recordings. In her early twenties, quite unexpectedly, she had met her grandfather for the first time in Rwanda, the country where she was born but had not grown up. Her grandfather, already over 100 years old, had throughout his long life acquired knowledge about the landscape, hunting and traditions of medicine and healthcare that younger generations don't know of. Aurélie would visit him as often as she could, and since making field recordings was already her second nature, she kept recording his surroundings at Mount Karisimbi as well as their conversations. Her grandfather had not seen a microphone and headphones before. In order not to lose his unique knowledge, recording was a way of preserving and taking care. But within recording also lingers an element of obtaining. One day the conversation came to a halt; he didn't want to speak into the device anymore. During later visits, Aurélie decided to drop the equipment altogether, and just be present, listening: "I started to view my body as a recorder."

How to record and broadcast with my body? By now you have a picture of the courtyard, but aside from what I see, there is also what I know: that meters below the bricks on which my feet rest, there is a charnel pit. Is it the high concentration of remnants of past lives that made me return to this ground? I have recorded not only what I see and know, but also what my skin has been exposed to: the first warm sunrays of Spring, the cold morning shadow, a few raindrops. I have recorded not only where I am now, but also where I was yesterday: when I walked across a meadow that turned out to be another cemetery in disguise, heard a different silence, drifted within a larger walled space - that of a beguinage from 1236.

I have recorded, not only the landscape that has surrounded me, but also what I absorbed through the screen: Mary J. Blige who takes the stage of the Apollo Theater in a silver bubble coat in 1994, the first twenty seconds of 'Be Happy' being drowned out by the crowd who jubilantly stands up. The endearing voice of Dick Raaijmakers, who explains in a documentary from 1988 where to find the smallest sound; he cuts a piece of sound tape in half, over and over, until there is only a tiny snippet left between his two fingers. And then he tells about the Aleph. I have recorded the sounds that have been close to me but also a voice in the distance, that sings in my ear the first song ever learned in a choir and later mentions: "I have dyslalia, the words don’t always come out as I would like".

At twilight I return. The lamppost gives the courtyard an orange glow. In the shadow of the bushes, the lion's silhouette is hardly visible. I glance over my shoulder although I know I'm alone here. Then I stroke the tail, three times, in a circular movement. Can you hear me? I climb on the lion's back and stretch out, the cold stone presses into my vertebrae. For the first time since months I can feel my tailbone again. While looking up through the branches into the sky, I'm patiently awaiting your response.

—
I. unknown function
Research from 2007 by the Duke University Medical Center proposes that the appendix, which for long has been denigrated as vestigial or useless, acts as a safe house for bacteria. When the bowel system gets infected with a disease, also the bacteria that are beneficial to the gut are flushed out. In those circumstances the appendix can function as a temporary safe haven, from where the 'good' bacteria hidden away can emerge and repopulate the lining of the intestine before more harmful bacteria can take up residence.

II. two lions
The lions mentioned here are part of Housebroken, a series of five sculptures - each incorporating a massive marble guardian lion - by artist Nina Beier that are occupying the internal spaces and the courtyard of Kunsthal Gent, a space for contemporary art since 2018, located in the former Carmelite monastery in the center of Ghent, Belgium.

III. recording with a body
For more information on the work of Aurélie Nyirabikali Lierman and the collaborations with her grandfather Kanyoni Ladislas, please visit aurelielierman.be.

IV. beguinage
A beguinage, from the French term béguinage, is an architectural complex which was created to house beguines: lay religious women who lived in community without taking vows or retiring from the world. In the Low Countries (The Netherlands and Belgium) you can still find court beguinages dating from the early 13th century. They usually consist of a courtyard, a church and communal houses, encircled by a wall.

V. youtube histories
Both the moment of Mary J. Blige stepping on stage in her bubble coat as well as Dick Raaijmakers trying to explain what is the 'smallest sound' are what I consider historical moments distributed via YouTube (in poor quality) that have affected me somehow. I was clearly not present at those moments myself, but have tuned in to these kind of histories over and over again from various locations. 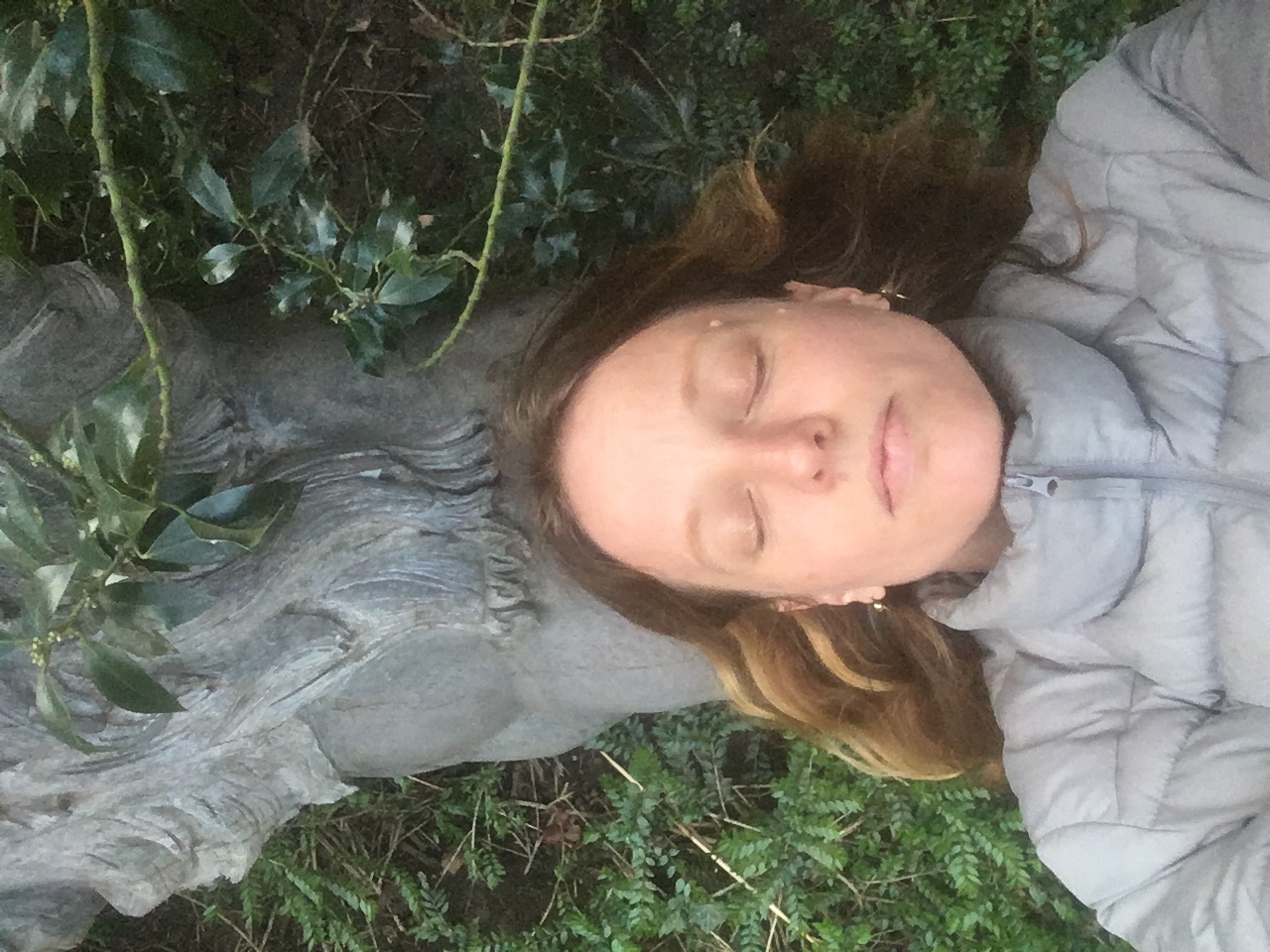