This text is part of the research project and publication Megaphone News by Iván Martínez López, which aims to study the behavior of the rumor and its interaction with the audience. Based on memories of a local newspaper seller, a found photographic archive, and the various directories of how rumors are circulating, Megaphone News is a speculative publication inspired by real events.

The book is designed by Iván Martínez López, who also contributed two stories, and features another text by Esteban Baladro. My text 'How to Amplify a Whisper' is talking from another local surrounding, zooming in on strategies of amplification.

How To Amplify A Whisper

She knows she can't shout. Her feet move in short fast steps over the pavement, her hands rest in her pockets. Two Airbnb tourists, strolling slowly with their weekend luggage, are hindering her from moving forward. On the other side of the road she spots her hairdresser walking in the opposite direction. She wants to say hello, but she knows she can't yell his name loud enough. To reach the right volume, to be louder than the noise of the passing trams and cars and cyclists, she needs to raise her voice substantially. For a split second she wonders what to do. Maybe wave? Or give him a call, although he's just 25 meters away? She wishes she could whistle using her fingers, but even that kind of sound can't escape her mouth. It's too late anyways, her hairdresser has already disappeared—out of sight, out of reach.

The inability to shout has been part of her as long as she can remember. That doesn't mean her voice is weak. She's familiar with the joy of being silent, especially when walking alone through a city for a day—the embrace of stately buildings allows a stillness to grow inside of her. When after a long pause the voice suddenly needs to speak again to order a coffee, it's a weird sensation, as if its sound belongs to someone else. More often, though, her voice is out there. It knows how to talk to a loved one, it knows how to keep people's attention during meetings, it knows how to reach listeners on the radio. It just doesn't know how to speak up. That's why she always needs some sort of amplification.

758 people are holding their breath. When the doors close, when everyone has found their seat, when the lights are dimmed—no silence is more demanding than the silence of a concert hall. Here, you hear every removal of a jacket, the turning of the page in the program booklet, each swipe into airplane mode. Just when the quietness starts to become unbearable, Midori Takada enters the stage. She tiptoes very delicately in a linear direction, while she fills the whole room with the sound of a small bell tinkling in her hand. She doesn't need a microphone. This concert hall is an amplifier by itself. For the next hour she will keep moving gently around the large stage—sometimes touching one of the cymbals that the audience can see glimmering from a distance as silver UFOs. Sometimes playing a xylophone combined with her soft voice that sings about a coconut tree. Suddenly, hitting the drums loud, but always precisely. All is under her control. She can be as subtle as she wants, because in this building everyone will hear her.

757 people are holding their breath. One person is coughing. This cough gets amplified as well, supported by the architecture. This is not the sound the audience bought a ticket for, but it is just as present—or maybe even more present—than the exquisite melodies of the musician. For a few minutes, her spell is broken.

Still walking fast, her record bag hanging on her shoulder, she enters the beginning of the center. The route from the house to her destination is an almost straight line through the city. When you walk that line, there are some gradual changes. Kebab shops fade out slowly, making place for gourmet burger bars. The chattering noise of women carrying small children is exchanged for ecstatic groups of tourists dressed up for a bachelor party. The facades of the surrounding buildings shift from sober apartment blocks into decorated shop windows, each of them battling for attention. Although she tries not to, she's always reading the advertisements and shop signs while passing by.

''a story of uniqueness''

''start your day with fresh juice and good vibes''

That last sentence she spots printed on a cheap t-shirt, written in the same delightful font that usually tries to sell you complicated coffees or the latest raw food trend.

It's not very difficult to decipher the strategies behind this web of competing messages. For information to circulate, its tone of voice should be uplifting, bold, affirmative and slightly personal. But perhaps a different voice is needed. Or at least a different kind of amplification.

' Young women are running out of oxygen', states one of many opinion pieces about a specific low, creaky vibration. It's addressing a rattling sound of a very low frequency that is gaining popularity, especially coming from the mouths of English-speaking women in their early twenties. Vocal fry. Why would women suddenly prefer to sound like a frog, instead of clearly finishing their sentences, period?

Vocal fry is a tactic—often used unconsciously—to add emphasis. Not by speaking louder, or using an exclamation mark, but by lowering the voice as far as possible, by making the voice glitch. The error becomes a megaphone. In some circles the vocal fry might be accepted, but more often it is ridiculed.

A change in volume.

When President Obama took office, two-thirds of his top aides were men. Women complained of having to elbow their way into important meetings. When they finally got a seat at the table, their voices were often interrupted, overruled or simply ignored. Together, the female staffers decided to use a meeting strategy they called 'amplification'. It was simple, but effective: every time a woman made a good remark or pitched an idea during a meeting, other women would repeat this idea, giving credit to its author. That's how a message could be amplified in the board room, without the need to speak louder.

She's in the old center now. It's hard to imagine that this is also a neighborhood to some, that there are actually people living here. But if you look closely, past the coffee shops, the prostitutes behind red-lit windows and the groups of Chinese visitors taking pictures non-stop, you can still notice signs of a local community. A father picks up his child from a daycare; the twin sisters with beautiful green eyes are still selling vegetables in the square; from a small window on the third floor an older lady is complaining about the weather to her neighbor downstairs. There are different layers in a city you can tune into. Though capitals might be taking up more and more space, the lowercases are still present. The more rare they become, the more they notice one another, greet each other with just the blink of an eye, a touch on the shoulder, a knowing smile.

Last winter a bonfire took place. It was a goodbye ritual of a space—a mental space and a physical space—called the Side Room. This small room with a toilet in the middle, a literal side room of a beer brewery, was located in a magical hidden pocket of the city. Over here, laughter, (uneasy) conversations, dancing and friendship found their home. There was always enough room for listening to a whisper and for amplifying this whisper. After a few years of existence, the Side Room decided to fade away and burn out altogether. Eulogies, dedications and farewell wishes from friends present and distant disappeared into the flames. Their website is also gone now. All that is left online, is a manifesto—not written, but spoken. ''Our archives are erased. Our archives are not there. They are in the debris. Our archives are in our grandmothers bodies. Our mothers bodies. Our own bodies.'' 1

The DJ who plays before her opens the door to the studio, which is located behind the oldest church of the city. She has a few minutes left and often uses the sound of the church bells as her alarm clock. The studio smells of smoke and stale beer, the walls are completely covered with stickers, notes, flyers and other traces of people who have been here before. She is here every week; same time, same voice. Through the window in front of her, she notices people passing by, but she is not really seeing them. She flicks through her records and checks the mp3s on the usb. The bells ring. Today, she will start with a 7 inch record. The cover of the record is completely black, aside from a small portrait of the artist in the right corner. When the needle drops, the show starts. The record spins, a sentence begins to play, whispered on repeat.

She turns on the microphone.

—
1. Amal Alhaag and Maria Guggenbichler, Side Room Manifesto, with voice and visuals by Emilio Martinez Poppe, at sideroom.org 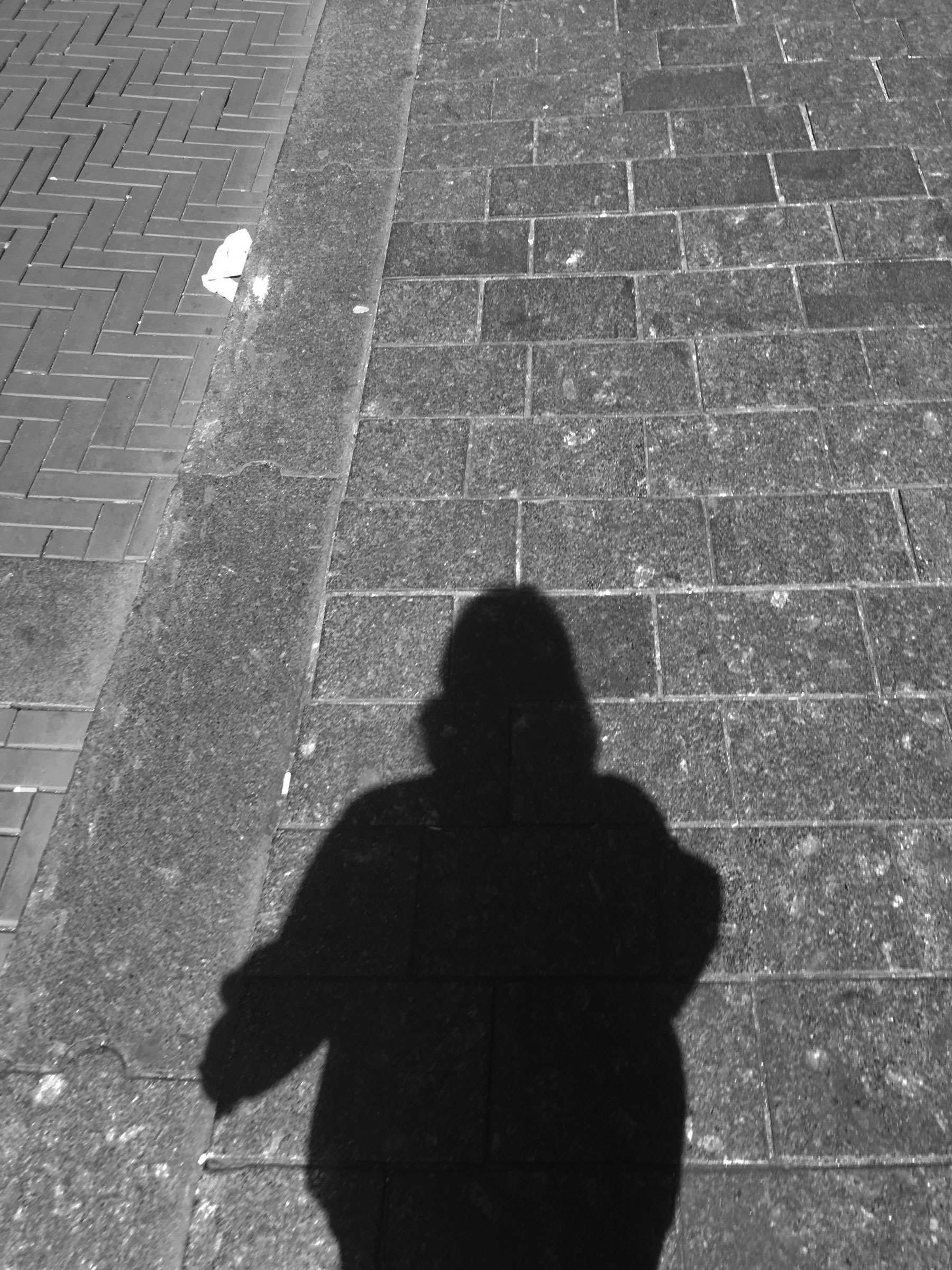 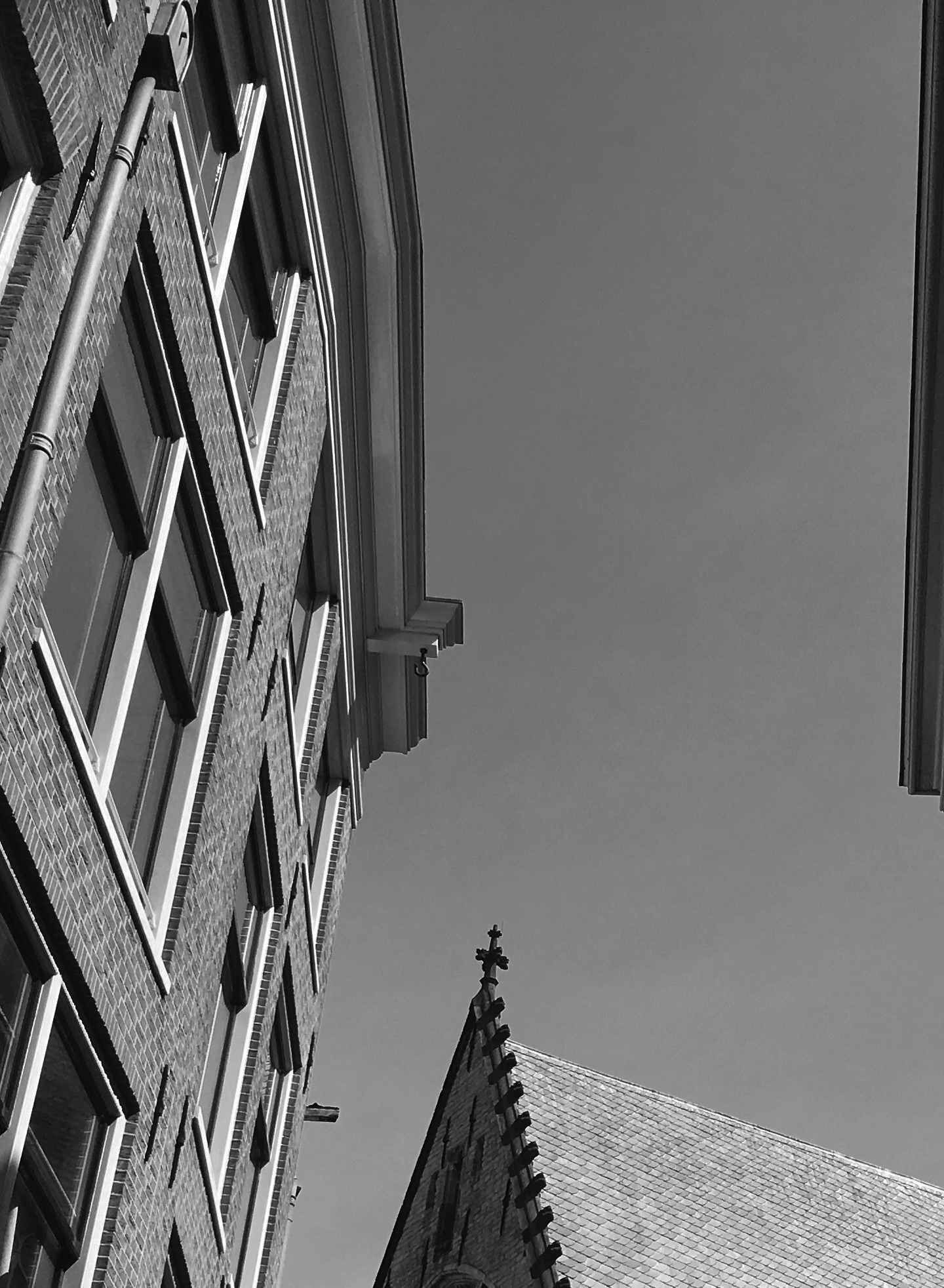 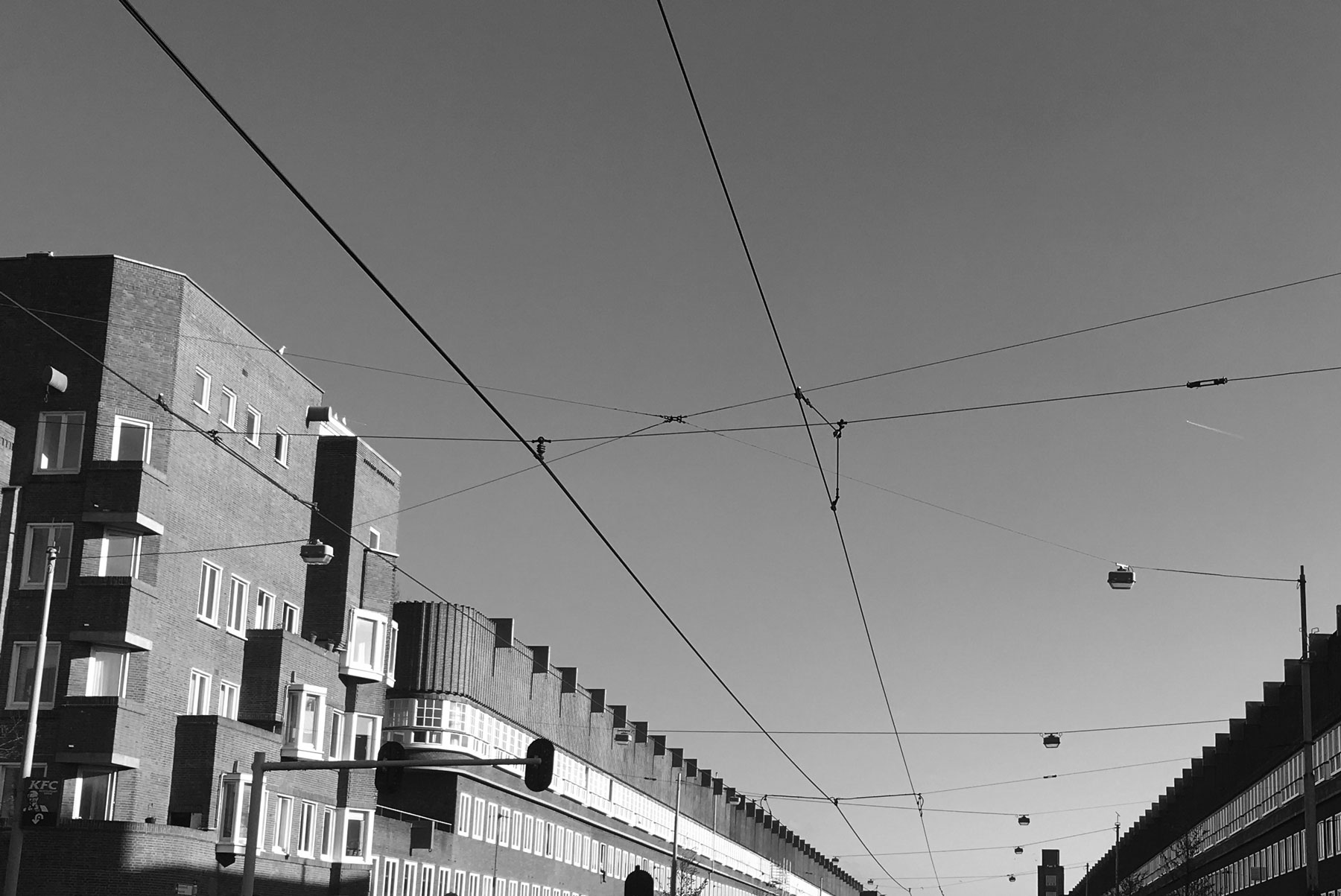